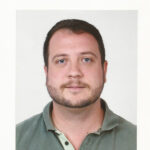 ·       Duke of Edinburgh Award Bronze and Silver. Leader for both expeditions during ATC.

·       Organised, as part of a team, an ‘Around the World’ flight. Flight for Hearts. In order to raise awareness for Sudden Adult Death syndrome. August –October 2007

·       I spent 6 months February 2010-August 2010 as passenger service agent and supervisor for Swissport in conjunction with Thomson Airways. During this period I interacted with passengers and helped to direct groups of people throughout the airport. Good interpersonal skills and problem solving skills were needed on a daily basis.

·       In October 2010 I entered training with Ryanair as a pilot. I finished my training in Dec 2010 and then flew for Ryanair, based in Faro, Portugal for nearly 6 years.  During this time I was able to live and integrate into the Portuguese way of life and enjoyed operating from there. It was during this time that I started coaching rugby, at Rugby Clube de Loule.

·       In July 2016, I moved back to the United Kingdom to start flying Long haul for Norwegian Airlines, flying the Boeing 787. I flew out of London Gatwick Airport. During this time my fiancé and I enjoyed the arrival of my daughter Freya. After 2 and a half years at Norwegian and enjoying the flying very much I decided to follow my dream and applied for British Airways.

·       In March 2019, I joined British Airways and started to fly the Boeing 777. Experienced many different destinations and worked with many different groups of people where the main goal was serving the passengers and customers to the best of our abilities.

“….Once qualified David will present to the industry with many attractive qualities, he has a rounded personality and demonstrates nascent qualities of leadership. He has a well developed sense of responsibility and the potential to be a candidate for early promotion.” Paul Taylor Chief Flight Instructor.

I am a person who has really enjoyed his time in Aviation and logistics as a whole. The current industry climate means that I find myself looking for a new vocation and looking at ways to fully adapt my personal specific skills and transfer them to other roles and careers.

I find that my life experiences so far have allowed me to demonstrate a high level of operation under very specific and wide ranging stresses. For example making sure of a safe and beneficial outcome during emergency situations and poor environmental conditions.

I am a well-rounded individual who works very well in a team situation. I am able to take the lead but also a person who searches for the best outcome by utilising all of the tools at my disposal. Whether that be available information and reviewing decisions or seeking input from members of the team or other departments.

I find great satisfaction in solving problems and even more so if a group of people have come together to create the optimum outcome.

I can also work within (and have extensive previous experience of) tight guidelines and apply them to ensure the correct or best solutions whether that is for problem solving or within a standard operating procedure.

So far in my career I have been used to continual personal development in that I had to brush up on all skills regularly and demonstrate the levels required to maintain my work. I am not afraid to study and learn.

As a parallel line of work, I coach a men’s rugby team and have learnt so many lessons about myself and how other people react when under pressure or faced with adversity or possible failure. Then how they can, with the right direction, pull together to overcome and blocks or barriers.

I believe on summary that I would be a great addition due some transferable skills I have picked up along the journey that has built on a solid schooling foundation.

In summary a happy person who works well in a team, open minded, open to criticism and potential learning. I am happy to take the lead in difficult situations, really enjoy solving problems and not always where conventional answers are needed. I enjoy learning new skills and then applying them in the best way.

Ultimately I am a motivator, that likes to have a happy team around me, though do not shy away from difficult scenarios because of that.

I look forward to hearing from you, and any suggestions you may have that may improve my appeal to an organisation like yourself.