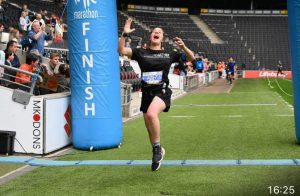 It has taken us a couple of weeks to catch up with Sophia following her amazing success in her first ever marathon where she ran in support of PilotsTogether, smashing her target and donating over £1000 to the charity.

“I feel amazing” she told us, “it just feels like a massive detox and I can quite honestly say it was one of the best days of my life”.

Everyone here at PilotsTogether was astonished at how she could run and talk at the same time, allowing us to join in her journey from when she started the race as she ran through Milton Keynes, and in the end she smashed it in the incredible time of 4:22:08, burning up an unbelievable 2,398 calories with an average pace of 6:10 /km.

“I just felt so strong, I felt like a lion!” she enthused, “I was singing and willing myself on and I absolutely loved every minute. So much so, at one point I had my arms outstretched doing airplanes and I even found myself sprinting at the end !” 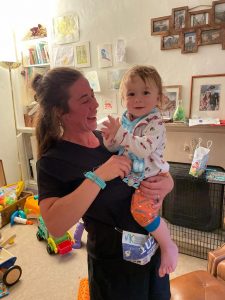 What kept her going? It was simple, she said, she just didn’t want to let people down.

“The charity has been so good to us and I know how much your support has helped us as a family and what it continues to do with other pilots who were, and are, in the same position as James.”

James, Sophia’s husband, was made redundant from BA in 2020 and they struggled to make ends meet as the couple had also just had their first child, Robin, during the pandemic.

“I know that even the smallest amount can make a difference to people so even when a little girl came up to Robin when he was holding the charity box and said she wanted to give money to the charity I knew I was on target for a good donation.”

Sophia wasn’t afraid of such a daunting a task as a marathon run as she had previously worked as an expedition leader for World Challenge, taking school groups to Costa Rica, Nicaragua and Panama, before spending time working in Columbia, so she knew mental strength was not going to be an issue for her. Her physical strength had been building up since she lost an incredible six stones in six months after having Robin. 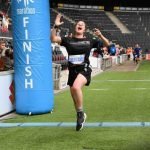 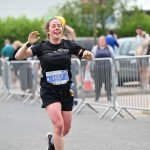 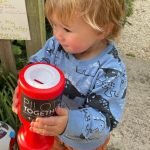 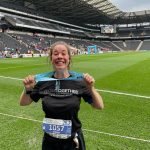 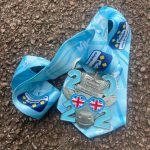 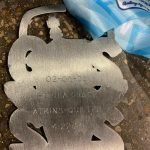 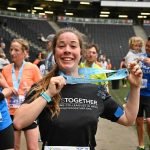 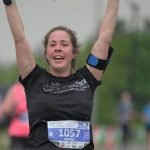 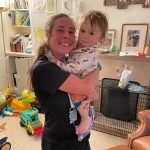 So what’s her next challenge?

“I felt so empowered running that I definitely want to do it again. I’m already looking into local 5k and 10k races and I’m also keen to help blind runners reach their potential by becoming a running guide. Doing something like this is like someone has just given you a big injection of happiness and I want others to feel that too. Also, James and I are keen to help out the PilotsTogether charity as much as we can because we know what they can do to help families just like ours.”

Sadly, James wasn’t there to cheer on Sophia in her marathon success as he received news the week before the run that he had been successful in getting his previous job back in aviation and went into training the very day Sophia’s feet hit the concrete!

PilotsTogether wish Sophia every good wish in her next endeavour but we don’t think we’ve heard the last of her and her charity challenges.

If you wish to donate to PilotsTogether you can do so via our Donate Now page.