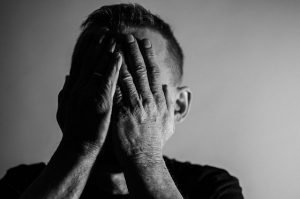 In the wake of the biggest crisis that aviation has ever faced, a number of pilots have felt so despondent that they have taken their own lives. Countless more are struggling with the impact of Covid-19 upon the industry, with numerous job losses, pay cuts and enforced part-time contracts across the board.

This is no surprise, but it doesn’t make it something we can just accept; across the UK, on average, around 6000 people die by suicide annually. This equates to about 14 A380s worth of people. The majority of these individuals are men (3/4 of the total figure) in middle age, the demographic into which airline pilots predominantly fit. The effect of Covid-19 on suicide rates nationally is yet to be determined, in part owing to the time it takes for a coroner’s report to be produced, but the challenges that the last year has thrown at all individuals, especially aviation professionals, cannot be understated. The industry is one of the few that, come the proposed end of restrictions on the 19 July, will still be significantly restricted by legislation.

The community backlash in the months that followed the crash was one of shock: how could a pilot have been allowed to fly if they had a mental health diagnosis? Pilots are paid to be calm under pressure and to be responsible, after all.

Until recently, the only way that pilot mental health issues could regularly be identified was by self-declaration at a pilot’s annual medical. Aviation Medical Examiners (AMEs) are now expected to assess pilots throughout the medical exam for signs of poor mental health, and to act accordingly. However, reliance is still on self declaration. 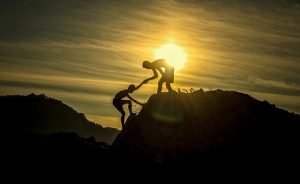 Pilots are often reluctant to speak up when they feel that they’re struggling with their mental health. This doesn’t mean the prevalence of mental health issues is any different from the general population; far from it, but there is still a macho culture that persists within the industry. Furthermore, the risk of losing one’s medical and the misconceptions surrounding the challenges of getting it back are barriers to pilots putting their hand up and asking for help.

In the UK, the CAA are, these days, as supportive as they can be in enabling pilots to return to medical fitness as soon as they have completed a course of treatment, or are stable on any long-term treatment that they may require. Much like some physical health issues may result in an individual losing their medical permanently, some mental health issues will also not permit pilots to fly in future. However, most pilots who develop, and are treated for, depression or anxiety, for instance, will return to line flying. Many airlines are waking up to this and, alongside the mandated Peer Support programmes which are in place, are actively supporting their pilots with any mental health issues they may have. This is a great start but doesn’t address one of the other significant challenges to pilots speaking out about their experiences, and thereby increasing trust in the system across the industry: culture and stigma.

One of the real challenges facing the industry, in the long term, is the macho culture that still pervades. Countries overall have a ranking according to their masculinity index, assessing how masculine cultural values such as competitiveness and achievement are prioritised as opposed to feminine values such as quality of life and relationship building. The UK scores reasonably highly in the masculinity index, indicating an overall masculine culture, which is naturally going to filter into the airline industry. Mental health is a continuum. We all have mental health at all times; sometimes we’re further along the scale towards positive than negative and sometimes the reverse is true. Having days which are hard is normal.

In an industry which is 95% male, a proportion which has changed little since the 1970s, the culture is always likely to present unusual challenges. An overtly macho culture comes with a number of significant downsides, including an excessive desire to be perceived as competent and at the top of one’s game, and an overall unwillingness to admit to mistakes or perceived weaknesses. When many in aviation are still suffering the cultural hangovers of the ex WWII ’skygods,’ some of whom only retired in the 1980s, and the very British ideal of a ’stiff upper lip,’ encouraging individuals to admit that they’re struggling is not as easy as it perhaps should be. Interestingly, the development and implementation of a just culture has proven reasonably straightforward, at least in Western countries, despite admitting mistakes being at the heart of it. Perhaps lessons can be learnt from this cultural shift when it comes to the industry being more accepting of mental health challenges. 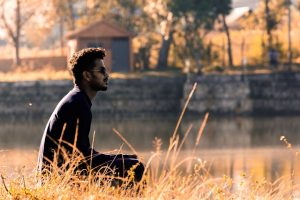 Anecdotal tales of stigma and rumour surrounding individuals who return to line flying after a period off work due to mental health abound; that many of their colleagues will buy in to the fallacy that their having suffered an illness makes them less safe as a pilot has, sadly, been proven time and time again. This despite all Class One medical holders having been assessed as medically able to operate, and the same stigma certainly not surrounding individuals who have been off work for a period due to a physical illness, such as cancer or a broken bone. That these two categories of illness are treated so differently by a small subset of colleagues is a sad indictment of the culture that exists in some parts of the industry. This has to change.

It is vital to remember that the prevalence of homicidal acts is vanishingly rare in aviation, as in the general public, and, despite how the media may historically have portrayed pilots, each one is a human with typical human flaws, weaknesses and challenges. There is no reason to believe that mental health concerns would impact airline pilots any less than they do the general public. Indeed, in an industry so significantly impacted by stresses, including roster instability, long periods away from home and the pressures of regular testing, it is perhaps prudent to ask why the perceived low levels of diagnosed pilot mental health issues have been accepted by regulatory authorities for so long.

The fallacy that it’s brave to struggle on through needs to change. There’s nothing brave about keeping your challenges to yourself and making things worse. We’d never suggest that someone with a broken leg was brave for leaving it weeks to get treatment, so why do we do it when it comes to mental health. The brave thing to do is to ask for help; to admit that, just like every other part of your body, your mind is fallible.

The question is not whether our pilots are suffering from mental health challenges, much like the rest of society. They are. The question is how we can support them from within the industry to enable them to speak up and get the help that they would so benefit from. In order to increase safety, and to provide a better duty of care for our people, we have to accept that all humans are fallible beings and the job you may have doesn’t make you less susceptible to the challenges that life throws at every one of us.

PilotsTogether is thrilled to announce the launch of our new text crisis partnership with Shout 85258, supporting our members, associates and supporters who are having a tough time. More details are available through this website.